The Future Of VR and (Non-Gaming) Entertainment

You have probably noticed the lottery-winner level of investment money being showered on VR technology. Aside from the simple fact that these devices are “cool,” one of the reasons they are getting such a disproportionate amount of press (and cash) is because they hold the promise of creating an entirely new form of personal, and personalized, entertainment. You slip on a head-mounted displays (HMD for short) and are transported to a hyper-fantastic (and/or realistic) world that blends gaming, film and audio into one revolutionary experience.

Commercial record labels and film studios have been fighting to maintain their dominance in an ever-increasing competitive market for your entertainment dollar. The promise of a rebirth steeped in the history of their core businesses is an opportunity difficult to ignore.

There have been many attempts to build a commercial VR business over the past 20 years, but (up until recently) the user experience fell far short of user expectation, so the technology was relegated to expensive military simulators and clunky arcade systems. If you had the chance to play with these systems, you’d probably think they were fun, but not “oh my god I have to have one” fun. When Google introduced Google Glass, its augmented-reality product, the hype was deafening. However, it quickly fell out of favor when the futuristic style of the device didn’t deliver a revolutionary experience, nor did it gel with the fashion trends of the day. Some have compared Google Glass to Apple’s Newton, which was an expensive failure for Apple. Yet as history has proven, Apple was simply ahead of its time.

With the recent launch of the high-end Oculus Rift and the HTC Vive (along with mobile-friendly Oculus Gear and Google Cardboard) the stage was set for the development of some truly revolutionary products collected under the nom-de-plume “mixed reality” (MR). MR is the convergence of rendered “other world” game-centric programs (VR), but realized in devices that project realistic 3D objects synced into the physical world. The first wave of these devices will come from companies like Microsoft (Hololens), Magic Leap, Meta, ODG and others. The hardware will be powerful enough to scan your physical space to both gauge the spatial depth of the objects and to identify the placement of furniture and other items, and then render artificial objects seamlessly in the environment, perfectly blending the real and the unreal.

It is inevitable that MR will eclipse both VR and AR, as the only difference between the two will be what mode the user selects — a blacked out virtual world or mixed virtual/real one. Add to this the ability to wrap these experiences in a layer of multi-person, real-time communication and one will find it difficult to determine where the “real” world ends and the expanded one begins.

Let’s look at a few examples entertainment experiences that will be possible:

Note: I’ve intentionally not addressed the future of gaming. The epicenter of VR development is in the commercial gaming realm and gaming will lead the rest of the entertainment industry into these adjunct opportunities.

VIRTUAL CONCERTS
Imagine being at your favorite outdoor festival. You hear the roar of the crowd, the cheers from the audience and, with perfect clarity, you hear the music surrounding you. You’re standing in a circle with your closest friends … chatting, high-fiving and singing along. In reality, though, you’re standing in your living room.

SCAVENGER HUNTS
Pokémon Go introduced the mainstream to a very primitive version of AR. The ultimate version of this kind of “locate and catch” game is when you are always in the “real world” mode and the creatures, instead of being layered in 2D over a live image, are, instead, inserted in 3D into the environment. They are approachable. They react to your voice and your movement. They can hide behind objects and you can walk around to find them. You can interact with them — talk to them, play with them, chase them, etc.

THE ULTIMATE CINEMA
Right now the best cinema experience is a PLF (premium large-format) theater. IMAX is the best-known brand, but there are many others. The best theaters have a massive surround sound system, luxury seats and maybe even haptic feedback devices (the seat rumbles, hot air is pumped at you, etc.) In the near future, you’ll be able to have this type of experience in your home (though you’ll have to pop your own popcorn). You slip on your HMD and a massive screen with crisp video reveals itself to you. The movie starts and you are surrounded with superbly rendered 3D audio — footsteps appear behind you, helicopters fly overhead. You can feel the earthquake when the transducer strapped to your back shakes and the heat of the dragons breath when the haptic controller blows hot air at you in sync with the video.

It’s going to be a wild ride. Get ready to visit the metaverse.

by Jason Fiber, Head of Business Products at THX

Jason Fiber is head of business products at THX, where he oversees the global deployment of B-to-B software with a focus on improving audio and video experiences across media consumption markets. He was previously president and founder of Audio Rover, a multi-faceted digital media entertainment company and the parent company to independent record label Superfecta Recordings and online retailer The Ideal Copy. 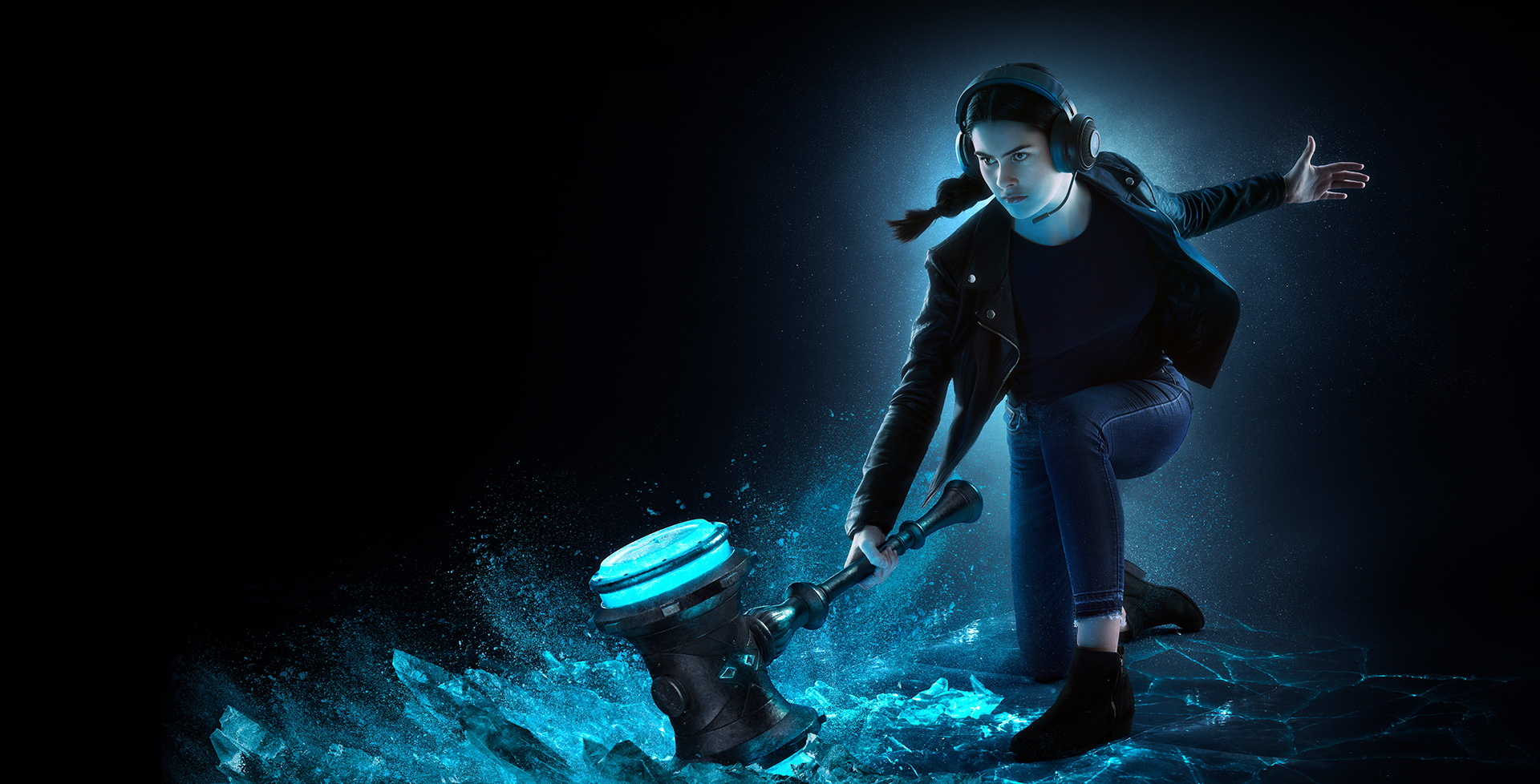 RAZER BRINGS THX® SPATIAL AUDIO TO EVERY PC GAMER ON THE PLANET June 16, 2020
THX.com uses cookies to provide and improve our services. By using our site, you consent to cookies. Please click the "I Accept" button.I AcceptPrivacy policy