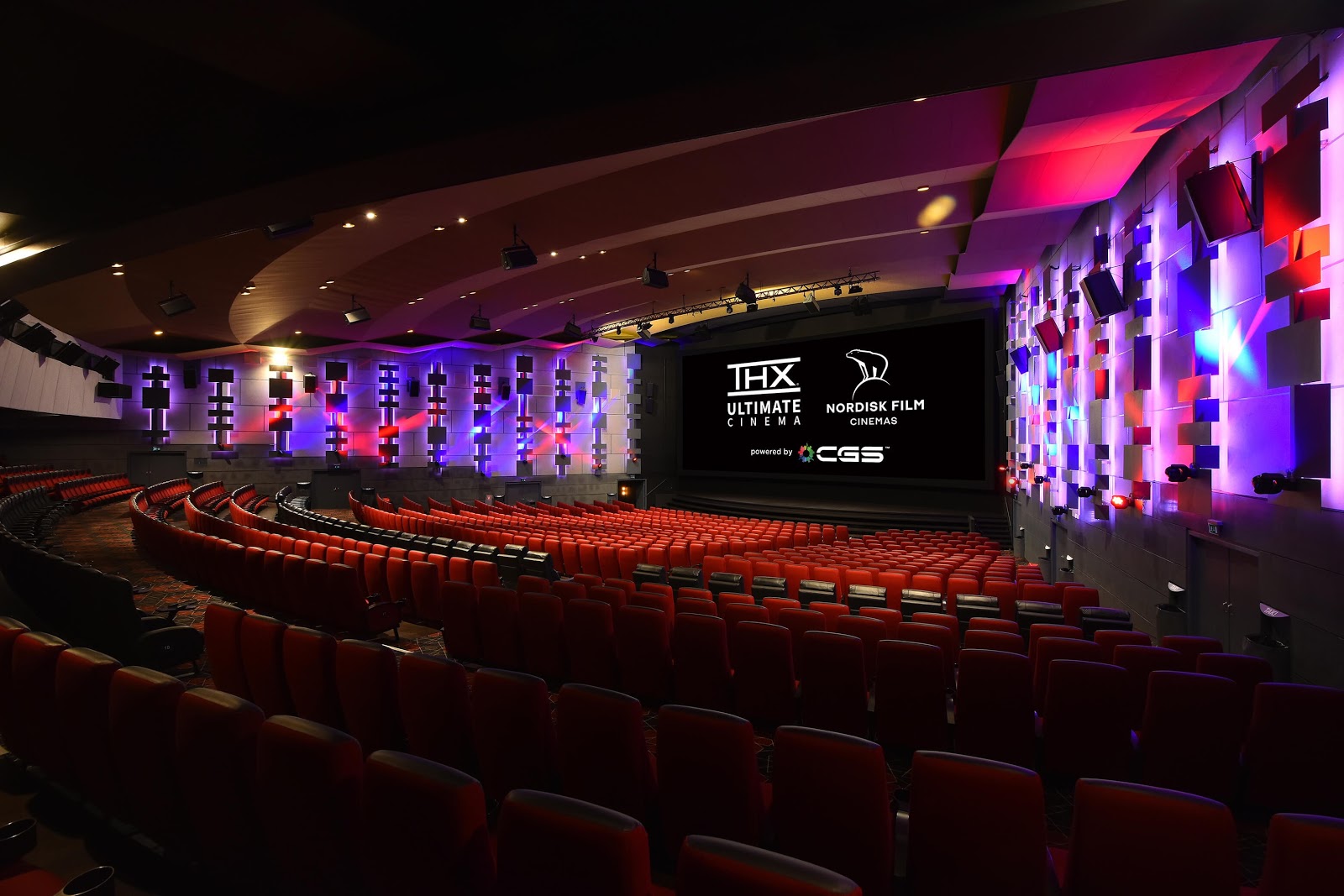 SAN FRANCISCO, March 29, 2021–THX Ltd., acclaimed for the certification of world-class cinemas and consumer electronics, Cinionic, the global leader in laser-powered cinema solutions, and leading Scandinavian cinema company, Nordisk Film Cinemas, today announced their collaboration to launch the first THX Ultimate Cinema® in Europe, to be deployed at the Nordisk Film crown jewel, the historic Imperial Theatre in Copenhagen. THX Ultimate Cinema powered by Cinionic Giant Screen (CGS) provides movie exhibitors with a branded and differentiated PLF offering which includes best-in-class solutions from Cinionic, an immersive audio system, as well as acoustic and performance specifications and an auditorium experience that has been calibrated by THX.

“We are proud to present Europe’s first THX Ultimate Cinema at Nordisk Film’s historic Imperial Theatre in central Copenhagen,” said Casper Bonavent, executive country manager, Nordisk Film Cinemas. “Celebrating our 60th anniversary this year, Imperial continues as the premiere cinema in Denmark, and will now reach this important cinematic milestone by bringing to the Imperial Theatre the best movie experience available anywhere in the world to thrill and immerse moviegoers in Denmark.  The introduction of THX Ultimate Cinema shows our faith in the strong future of cinema as well as Nordisk Film Cinemas’ ambitions to enhance the cinematic experience for our guests.”

THX Ultimate Cinema powered by CGS at Imperial Theatre features laser technology from Cinionic, including dual laser projection integrating image optimization technology to deliver a 4K resolution image with increased brightness, contrast, clarity, and rich brilliant colors. It is also equipped with a Dolby Atmos immersive sound system, ensuring that movies can come alive for audiences in the nearly 1,000 seat auditorium on the impressive 1,500 square foot Imperial screen. As a CGS location, the theater has access to content specially remastered for high brightness on giant screens, including some of the most anticipated new films from major Hollywood studios. The THX Ultimate Cinema at Imperial Theatre joins over 350 CGS premium screens around the world.

“Today’s announcement evidences our sustained commitment to excellence in the moviegoing experience,” said Wim Buyens, chief executive officer, Cinionic. “Together with Nordisk Film and THX, we bring a rich heritage in cinema, rooted in a passion for the best cinematic presentation. Our long-term relationship with Nordisk Film Cinemas delivers the tools, solutions, and innovations to fuel a bright future designed specifically for today’s audiences. With CGS, we are dedicated to powering the leading premium large formats around the world, with specially remastered titles, unique technology and dedication to an elevated consumer journey.”

The THX Ultimate Cinema at the Imperial Theatre powered by CGS will be a premium cinema experience where movies look and sound their best. The auditorium will feature 4K dual-laser projection, a RealD Ultimate screen, immersive audio, and artfully remastered content enhanced specially for CGS screens, ensuring audiences absorb every detail of the story. THX Ultimate Cinema is an evolution of the historic THX Cinema offering, and a THX Ultimate Cinema powered by CGS takes the standard moviegoing experience to a new level, delivering brighter images, a sharper picture, brilliant colors, amazing acoustics, clearer voices, and better movies.

“For more than 35 years, THX has set the standards for the audio and visual fidelity of entertainment enjoyment,” said Min Liang-Tan, chief executive officer, THX Ltd. “The launch of the first THX Ultimate Cinema in Europe is an example of our commitment to enhance movie enjoyment. We are pleased to be working with Cinionic and Nordisk Film Cinemas to bring this offering to life for moviegoers to immerse themselves in films as close as possible to the way the artist intended the narrative to be heard and viewed.”

Founded by legendary filmmaker George Lucas in 1983, THX Ltd. and its partners provide premium entertainment experiences in the cinema, in the home and on the go. Over the past 35 years, THX has expanded its certification categories beyond studios and cinemas to consumer electronics, content, automotive systems and live entertainment. Today, THX continues to redefine entertainment, providing exciting new cinema offerings, technologies and assurance of experiences which provide consumers with superior audio and visual fidelity and ensure an artist’s vision is truthfully delivered to audiences worldwide.  THX Ltd. is owned by Razer, and operates as a fully independent subsidiary. For more information visit https://www.thx.com/ultimate/ and find us on Facebook, Instagram, and follow us on Twitter.

With more than 90,000 projectors installed globally, Cinionic is trusted by more than 200 exhibitors to help capture audiences at multiple touchpoints in their cinema journey and keep them coming back for more. Today, more than half of the world’s movie theaters are illuminated by Cinionic.

Founded by legendary filmmaker George Lucas in 1983, THX Ltd. and its partners provide premium entertainment experiences in the cinema, in the home and on the go. Over the past 35 years, THX has expanded its certification categories beyond studios and cinemas to consumer electronics, content, automotive systems and live entertainment. Today, THX continues to redefine entertainment, providing exciting new cinema offerings, technologies and assurance of experiences which provide consumers with superior audio and visual fidelity and ensure an artist’s vision is truthfully delivered to audiences worldwide. THX Ltd. is owned by Razer and operates as a fully independent subsidiary. For more information visit THX.com, https://www.thx.com/thx-ultimate-cinema/ and find us on Facebook, Instagram, and follow us on Twitter. 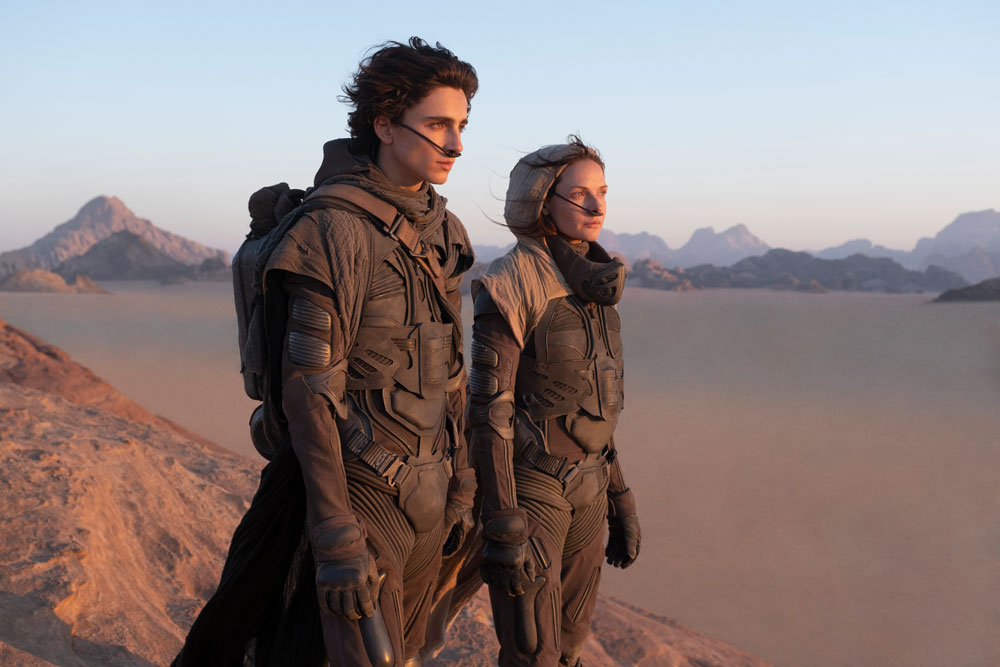 THX Ultimate Cinema® Coming to the Nordisk Film Iconic Imperial Theatre in Copenhagen March 29, 2021
THX.com uses cookies to provide and improve our services to give you the most relevant experience by remembering your preferences and repeat visits. By clicking “Accept”, you consent to the use of ALL the cookies. Read More
Do not sell my personal information.
Cookie Settings Accept
Manage consent

This website uses cookies to improve your experience while you navigate through the website. Out of these, the cookies that are categorized as necessary are stored on your browser as they are essential for the working of basic functionalities of the website. We also use third-party cookies that help us analyze and understand how you use this website. These cookies will be stored in your browser only with your consent. You also have the option to opt-out of these cookies. But opting out of some of these cookies may affect your browsing experience.
Necessary Always Enabled
Necessary cookies are absolutely essential for the website to function properly. These cookies ensure basic functionalities and security features of the website, anonymously.
Functional
Functional cookies help to perform certain functionalities like sharing the content of the website on social media platforms, collect feedbacks, and other third-party features.
Performance
Performance cookies are used to understand and analyze the key performance indexes of the website which helps in delivering a better user experience for the visitors.
Analytics
Analytical cookies are used to understand how visitors interact with the website. These cookies help provide information on metrics the number of visitors, bounce rate, traffic source, etc.
Advertisement
Advertisement cookies are used to provide visitors with relevant ads and marketing campaigns. These cookies track visitors across websites and collect information to provide customized ads.
Others
Other uncategorized cookies are those that are being analyzed and have not been classified into a category as yet.
Save & Accept
Powered by